Xterra treadmills have been growing in popularity. 9 treadmills are available to order from the manufacturer. The TR150 treadmill is an Amazon exclusive and it’s comparable to the widely available TR200 and TR300 treadmills.

The treadmill manufacturer is known for its affordable products first. Many people simply can’t afford to spend thousands of treadmills and the TR line offers an alternative to the running machines found on the market today. While all 3 treadmills are affordable, the TR150 is even cheaper than expected. However, it doesn’t feature the same characteristics and ruggedness as the TR200 and TR300.

Understanding the small differences between these 3 treadmills requires taking a closer look at what they offer. TR150 and TR200 are similar and TR300 is superior to both, but it also costs more. It’s worth seeing their pluses and minuses according to what runners who own them have to say. 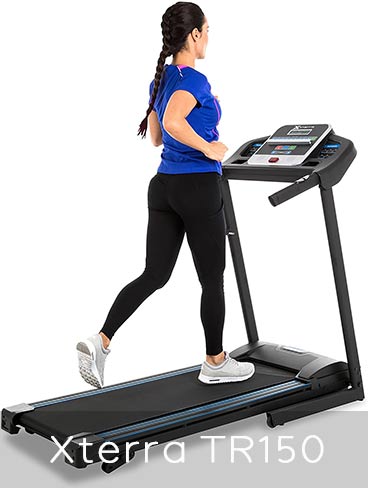 The affordable treadmill comes as the first option to get into treadmill running. It’s difficult to find a similarly-priced alternative on the market and for most users, it’s a chance of staying fit without losing time driving to the gym or money with expensive membership plans. 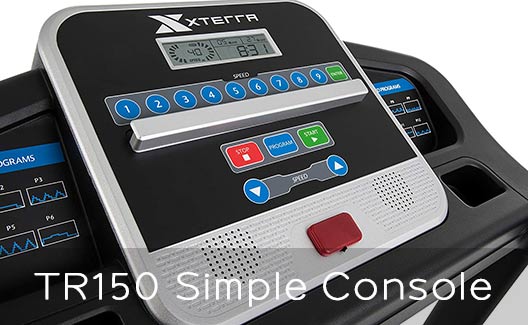 While the treadmill is very affordable, it comes with a few drawbacks. Users note it doesn’t feature the best cushioning, which is expected at such a low price. Its 10mph maximum speed limit is also problematic when moving towards a fast pace running. 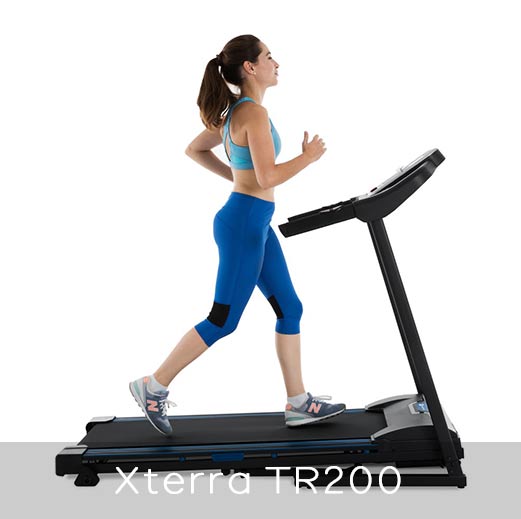 With high responsiveness, the treadmill offers one of the best-balanced options on the list. It even features a better screen and better shock absorption compared to the TR150 treadmill.

The treadmill has its limitations in terms of functionality and pricing. Users expected a bit more from Xterra as most choose the TR150 treadmill instead. 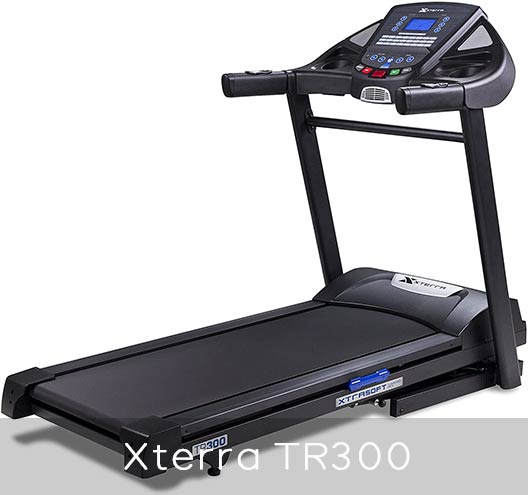 With the highest specification, the TR300 is the treadmill to consider when asking more from fitness machines. It might not be the perfect treadmill but it offers excellent workout variation.

Even the high-spec treadmill has its limitations. Users can’t understand its 10mph speed limitation and its noise level.

How the treadmills compare to other Xterra releases

With so many great treadmills to choose from, Xterra seems to cover a wide range of skills. However, the brand now offers solutions for the dedicated runner as well.

With a larger 55” running area, the treadmill is made for serious running sessions. Most importantly, it features a more robust motor that supports a running speed of up to 12mph. Those interested in a frequent fast running pace are going to find it a bit better than the treadmills of the TR series.

The 6.6 treadmill also supports the running speed of up to 12mph. It features a larger 7.5” display which also makes it a bit easier to use. But the lift assist folding mechanism also recommends it for easier moving to and from the storage.

The Xterra TRX series includes TRX1000, TRX2500, TRX3500, and TRX4500. These 4 treadmills are built using 2 motors of 2.25 HP and 3 HP. The smaller motor used on the TRX1000, and TRX2500 is useful for the average user who only needs speed adjustability between 0 and 10mph. The larger 3 HP motor is a bit faster and it supports maximum speeds of 12 MPH for those who like sprinting.

Part of the Dyaco group, Sole treadmills can be an alternative to the Xterra Fitness treadmills. The Sole F63 and the Sole F80 treadmills are 2 of the popular options from the manufacturer.

Both treadmills offer superior running performance with a top speed of 20kmh. This enhanced speed of the treadmills is based on the 3 HP and 3.5 HP motors used in these treadmills. Furthermore, there are 15 incline levels to count on with these potent treadmills.

Which Xterra treadmill is best?

Occasional runners such as those who run every other day or just 2-3 times per week can rely on the TR150 or the TR200 treadmills. Those who want a bit more versatility and who might train every day can also consider the TR300.

Runners who want treadmills similar to those used at the gym will have to spend more to purchase the Xterra 6.4 or the Xterra 6.6. These treadmills are ready to support hours of running and they even come with the most comprehensive warranties.

For those who paying the treadmills in full price is not an option, there are various monthly payment plans in place to choose from. For the price of a gym membership, users can enjoy a treadmill at home.

Xterra Fitness treadmills are an affordable alternative to premium fitness machines many can’t afford when building a home gym. Since they are so affordable, they can be used as alternatives to road running when the weather is far from perfect.

Running is known as one of the most efficient methods of burning calories and Xterra proves it doesn’t have to be an activity depends on the weather or cost. For most users, the brand is the first contact with treadmills and this is why they’re not overly complicated either. They might not be the quietest treadmills, but at this price, there’s not much as which can be seen as a major drawback to worry about.

Get the Xterra Fitness TR300 Treadmill for Your Home